We specialize in helping brands WIN at franchise development The market for franchising is stronger today than it has ever been. There are almost 7,000 franchised brands in the U.S. and Canada and more than one new franchise company launches every day. It won’t be long before the franchise industry has well over 10,000 franchised brands, something unthinkable a mere decade ago. By our estimation, there are over 12 million adults actively looking at franchising and business ownership as a career path at any point. The franchise industry, as large as it is, only recruits 15-20,000 new owners a year. With that many people serious about business ownership, we see it as our mission to break down the obstacles between people who want to own a business and the franchise brands who want to grow.

“There are more people researching franchise opportunities today than the total number of franchise owners from the beginning of the franchise industry.”

Franchising is a unique industry – unlike almost any other industry, franchise companies are all in the same business and sharing of best practices is common. If one franchisor makes a mistake, they tend to work hard to help anyone on the same entrepreneurial path avoid the same mistake.

The good news is that the market for franchising is better than it’s ever been. There’s simply more ways now to target buying audiences, capture their imagination, and get them across the finish line. Franchise buyers are also getting younger and younger. Millennials are the most entrepreneurial generation since the Greatest generation, and Gen-Z is even more so. With a massive transfer of generational wealth taking place now between Baby Boomers and their children, franchise systems have an opportunity to capitalize on the entrepreneurial drive in younger generations who want both the emotional connection to a business as well as the lifestyle that owning a business provides. These kids don’t want a career. Brand Journalists is the premier franchise lead generation firm in the US. Since 2008, we’ve worked with over 180 franchise brands, creating breakthroughs in sales results, generating cost-effective franchise campaigns and building some of the highest performing franchise recruitment websites in the industry. We’ve helped the development teams we support recruit over 10,000 new franchisees during this time! We are students of the franchise buying journey and we understand how to overcome obstacles that make growth difficult for so many brands.

Our highly specialized team consists of former newspaper writers, video journalists and some of the best designers and SEO / PPC practitioners in the country. Our team works on deadline to deliver the results you need to take your franchise development campaign to the next level.

What Franchise Industries Do We Work With?

A lot of agencies promise to deliver qualified leads to their clients but how many of them have results that speak for themselves? For over a decade, Brand Journalists has led the rest of the industry in lead generation for franchise systems by using a storytelling approach that educates candidates and converts them into buyers.

We build deep relationships with our clients and align with them to stay ahead of their competition, constantly improve results and WIN. Our relationship is built on accountability and results. After all, if sales don’t happen, the leads are the first part of development that gets fingers pointed at it. “The leads are bad,” or “We don’t have enough leads.” Talk to successful franchisors, including many of our past and current clients, and you’ll see that getting outside expertise was the best decision they made. Not only is it far less expensive than hiring staff internally, you can tap into the knowledge base of a vendor partner who has seen hundreds of ramp-ups and knows how to keep you on goal. 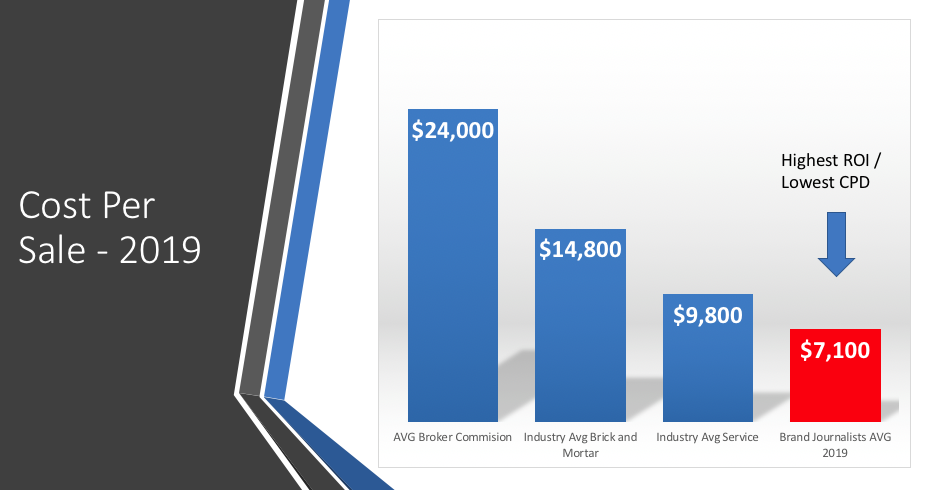 Curious about working with us? Check out our services pages for some specific engagements based around franchise lead generation or high performance franchise recruitment websites. Also check out our case studies to see examples of the work we do for clients and the results we generate.